March 27, 2010 started out like any other day for Sue and Rob Krentz at their sprawling 35,000 acre cattle ranch in Douglas, Arizona. As a fourth generation rancher, Rob Krentz was doing what he loved to do, taking care of the herd, the land, and the wildlife.  The life and death of Rob Krentz, the man, father, cattle rancher, humanitarian and tragic hero changed Arizona history forever. This tribute is told by Sue Krentz. 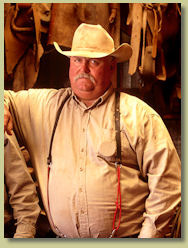 At first light, Rob Krentz and his brother, Phil after discussing what they needed to do that day over breakfast got an early start on their ATV’s, checking the gravity-flow water line Rob’s ancestors installed that traverses over miles of isolated desert basin extending through leased state forest grazing land. Phil and Rob were separated by several miles, traveling in different directions along the water line, about 20 miles from the U.S./Mexican border. About mid-morning, Phil received a cell phone call from Krentz who said he was departing from the usual route “to help an illegal who appeared to be injured.”

This was Rob Krentz’s last communication.

The life and death of Rob Krentz, the man, father, cattle rancher, humanitarian and tragic hero changed Arizona history forever. This tribute is told by Sue Krentz, three years after the tragedy.

When Krentz could not be raised by phone, Phil started back-tracking over Krentz’s trail but could not find any clue to his whereabouts or any sign of his dog, Blue.

Sue Krentz recalls the devastating memories of that fateful day. ”I called the ranch around 6 p.m. from Phoenix where I was visiting family and Frank, our son, told me they could not find Rob; he had been missing all day. I spoke to Rob earlier that morning but when we tried to call his cell phone, there was no answer. Although cell phone connections are spotty here, I knew something was wrong.”